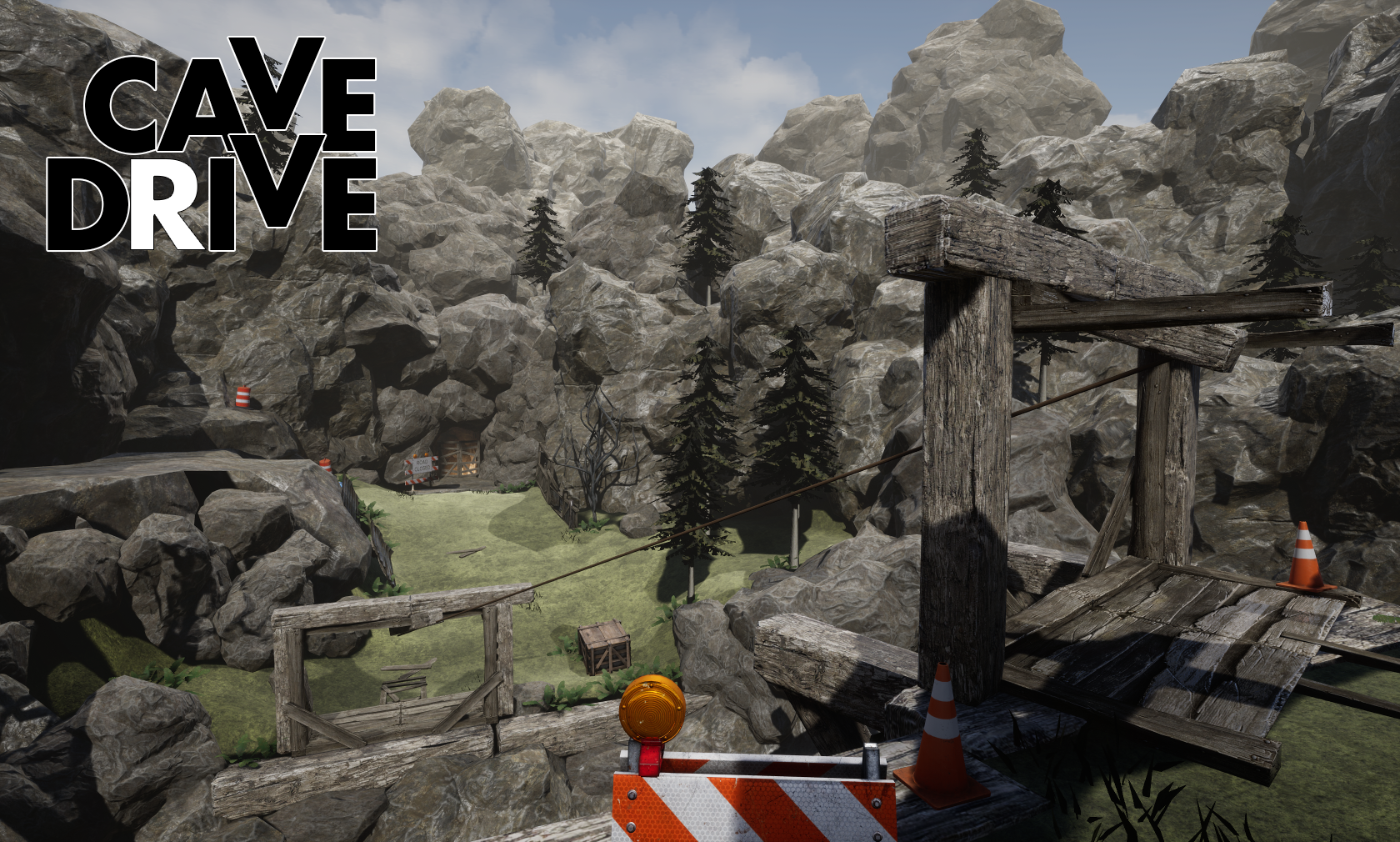 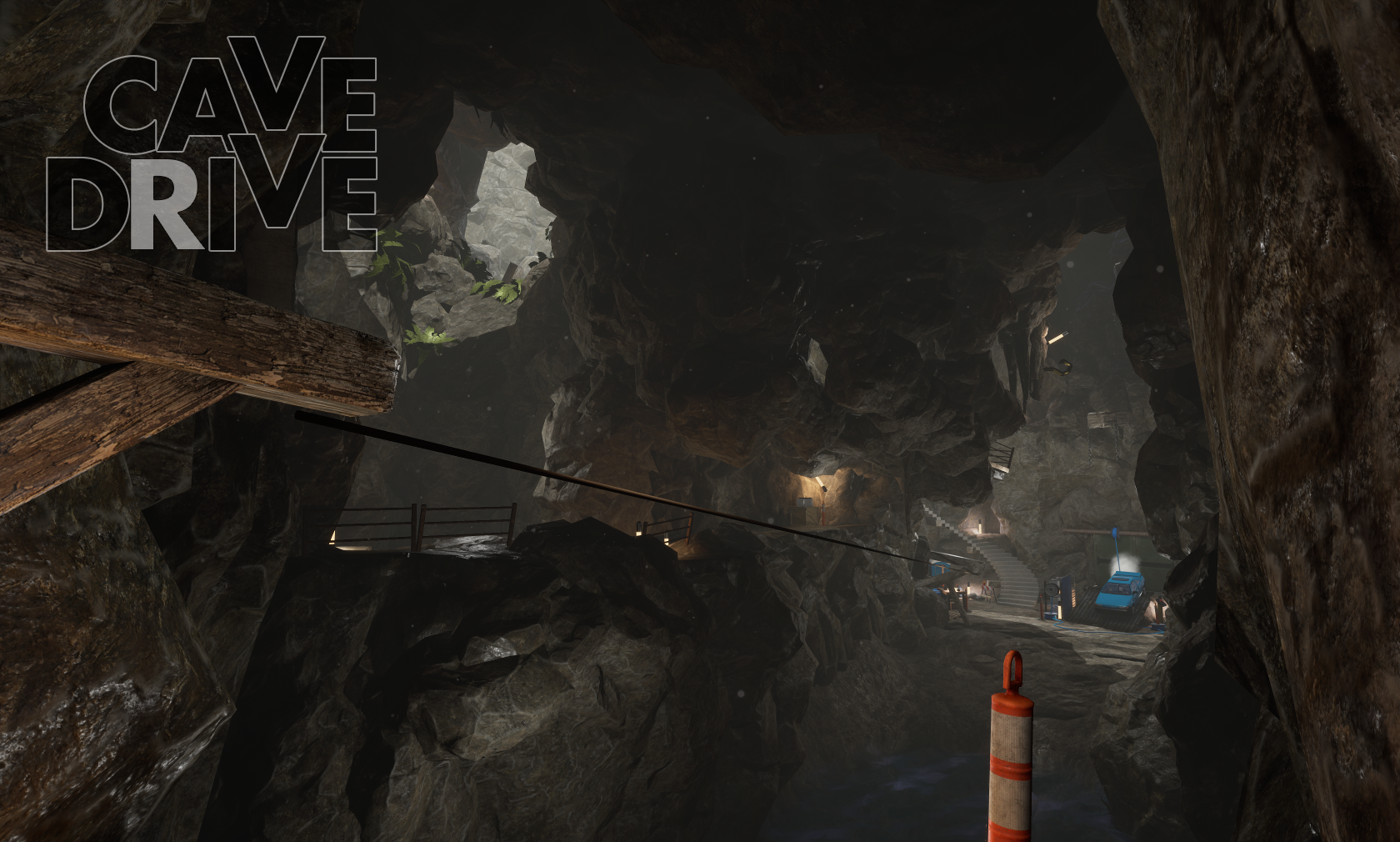 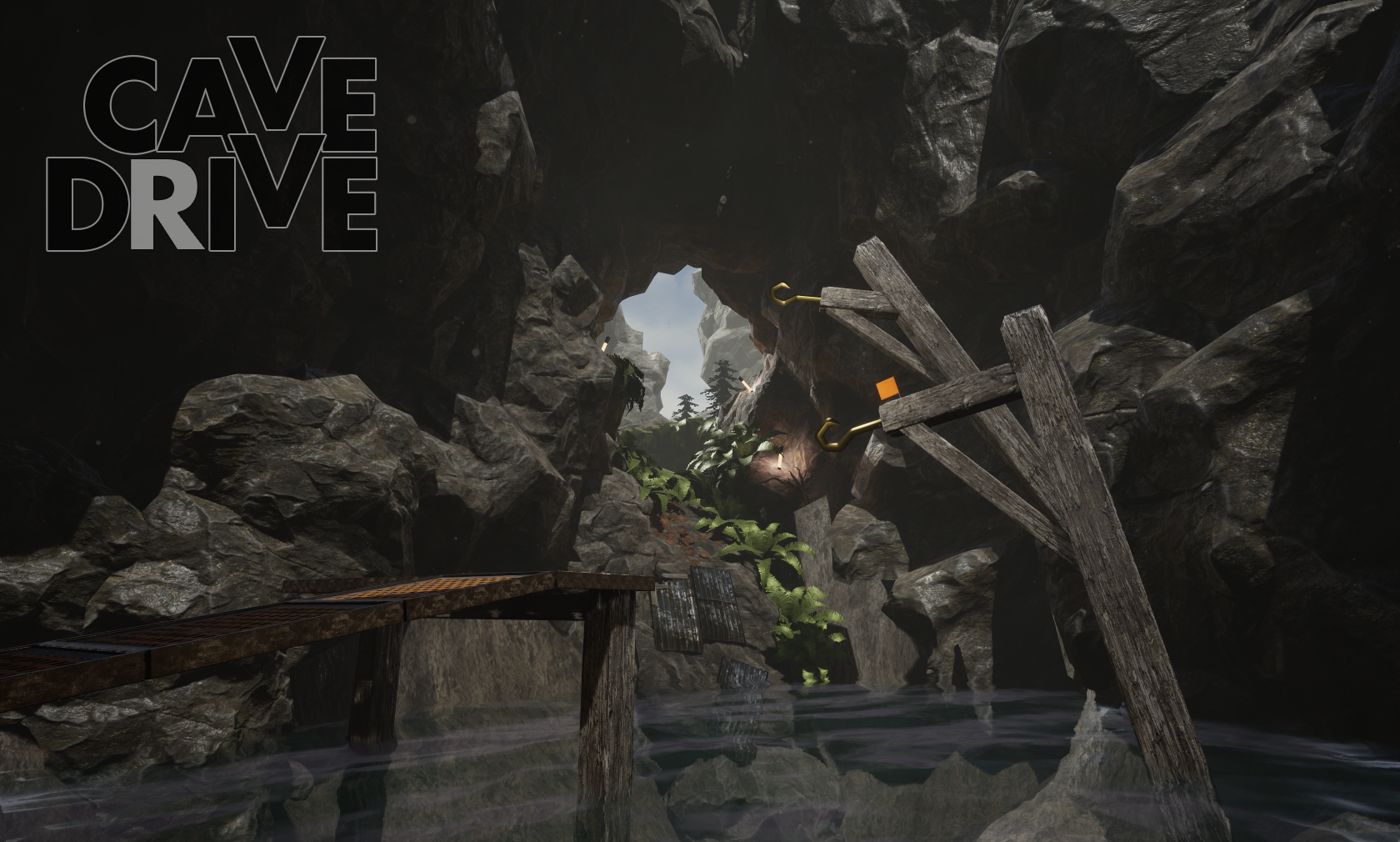 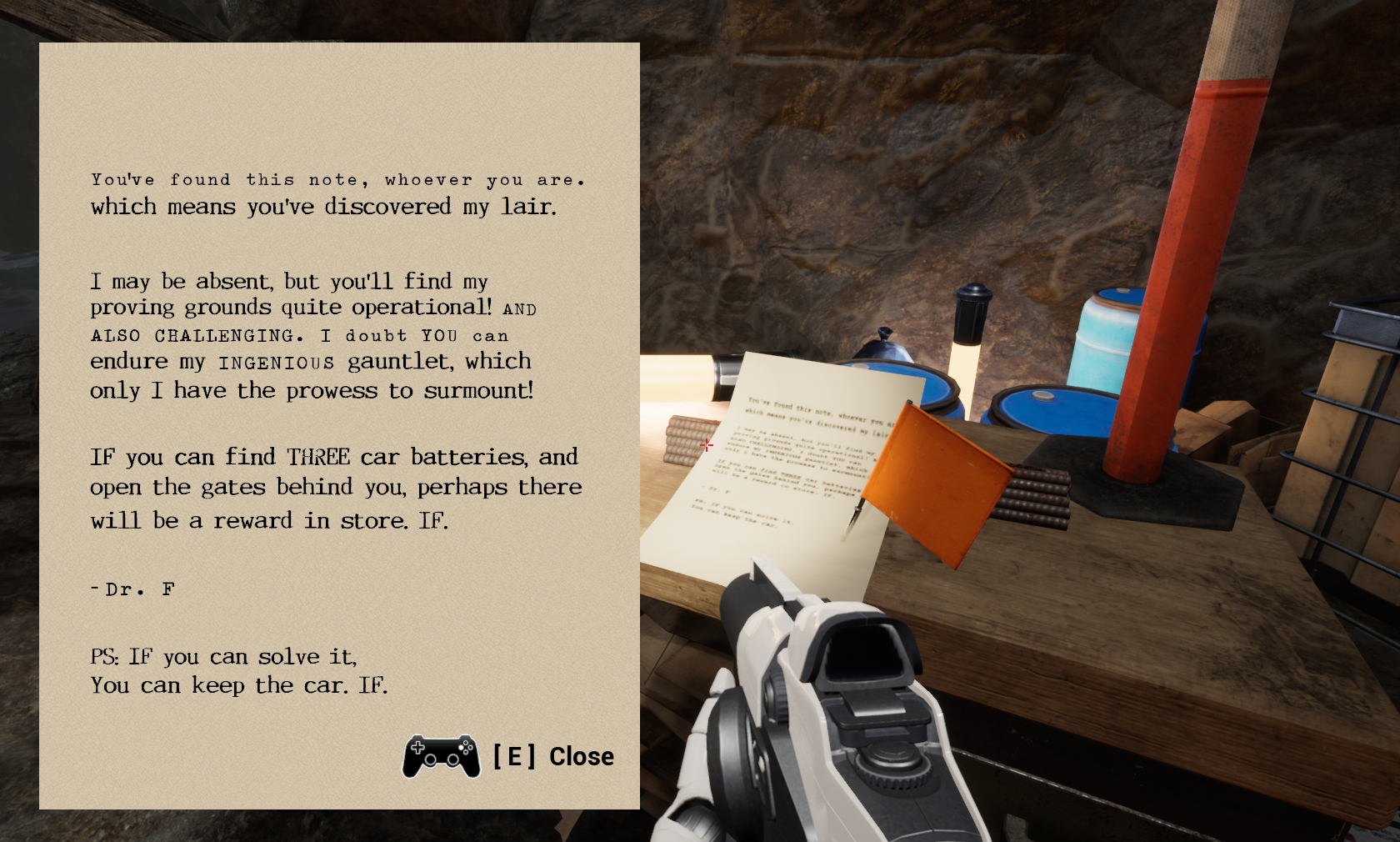 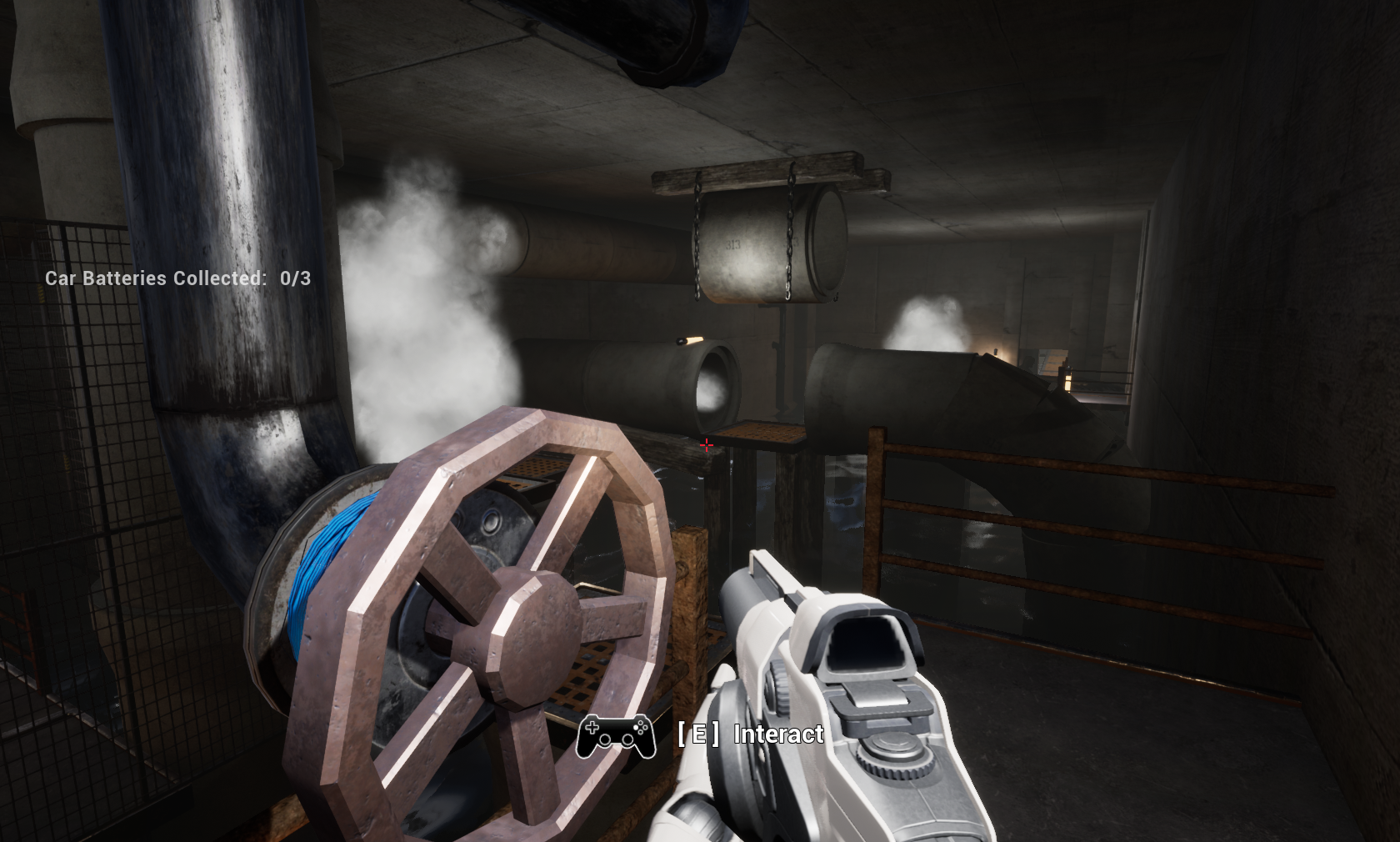 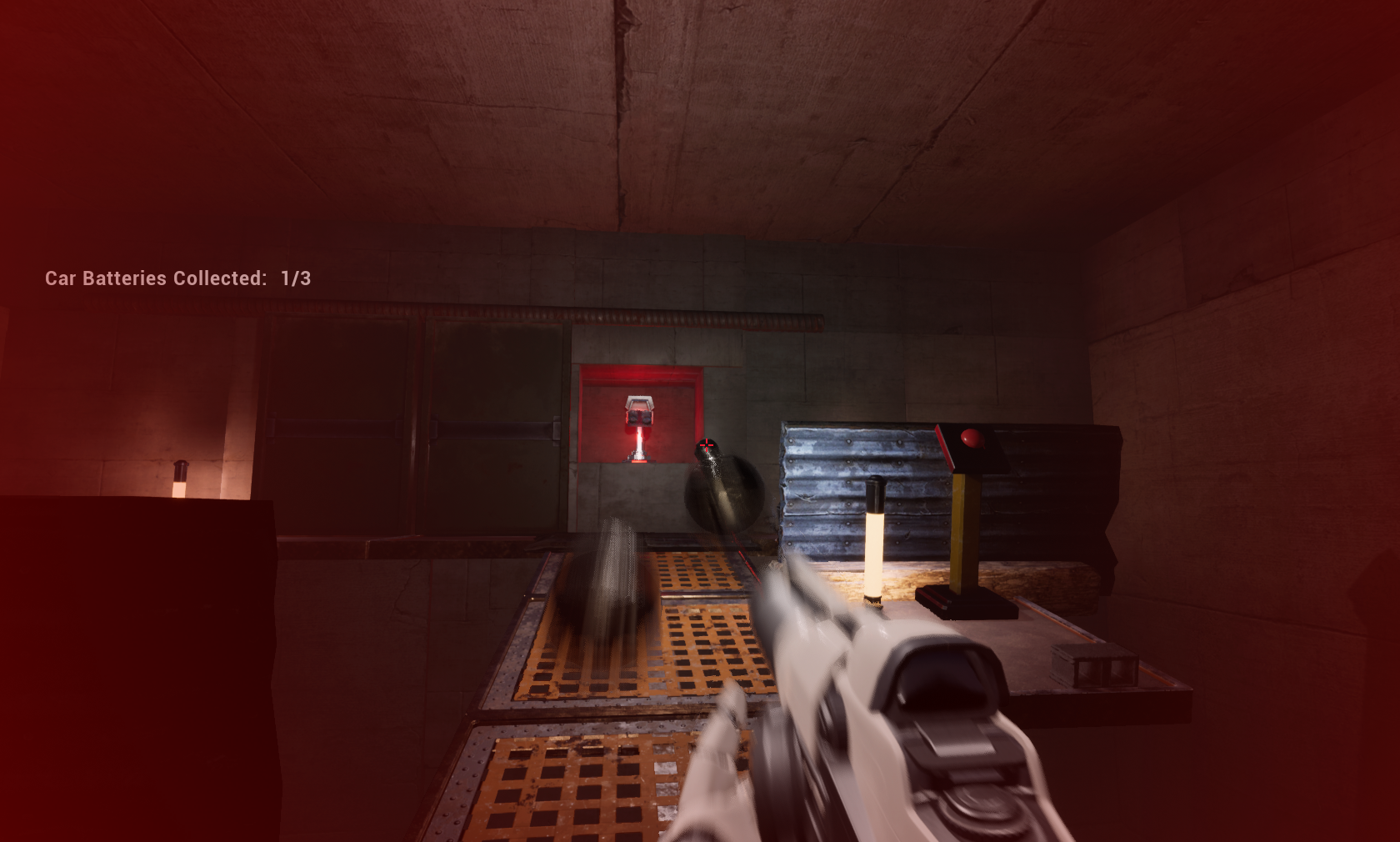 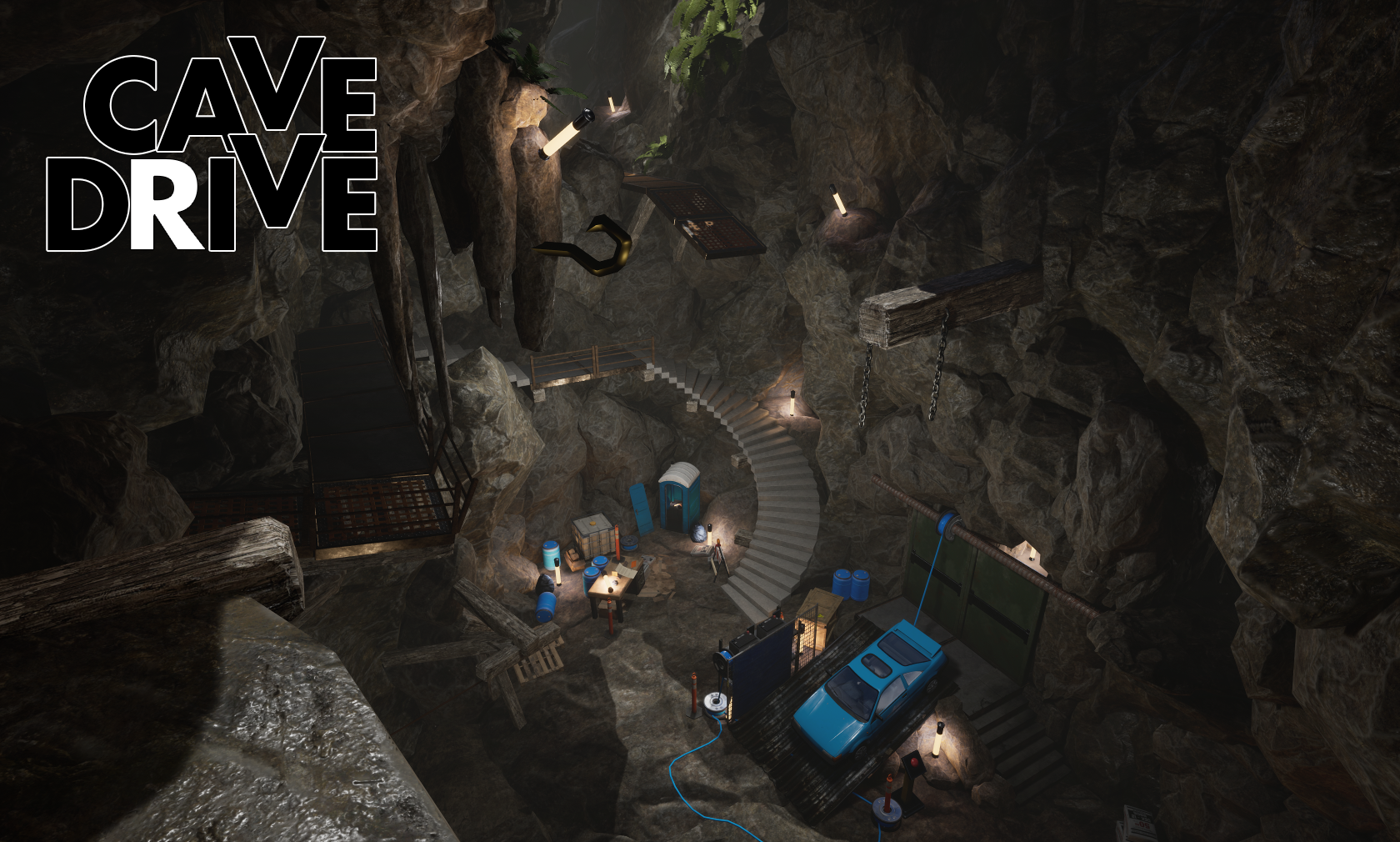 Explore a detailed environment while solving puzzles, dodging bullets, and figuring out how to secure a reward! You'll find yourself swinging from grapple points, speeding down ziplines, and more.

Cave Drive is a first-person level where you are invited to explore a subterranean environment, solve puzzles, and make off with a reward. A mysterious "Dr. F" challenges the player through a note to solve their gauntlet. There's talk of a prize - and also... a car?

In the approximately 10-20 minutes of gameplay length, players will find themselves grappling up cliffs, dodging bullets, and of course, jumping their way through platforms. At the end of each challenge is a car battery, which are all needed to start a car engine, which in turn opens the door to a quest reward. Curious about the car? Play or watch the gameplay video to see what happens with it!

Cave Drive was originally a level made as part of a mentorship with two amazing colleagues at Ubisoft Toronto. Due to the nature of our work, I couldn't show that project outside of the studio. Naturally, I wanted to create a version that I could freely share, and so I took my design into Unreal.


Having already made the level once was a huge boon - coming to Unreal with an established design with many iterations and feedback applied helped speed development time along considerably. I drew up a new papermap, scoped out my tech and asset needs, and started to get to work. 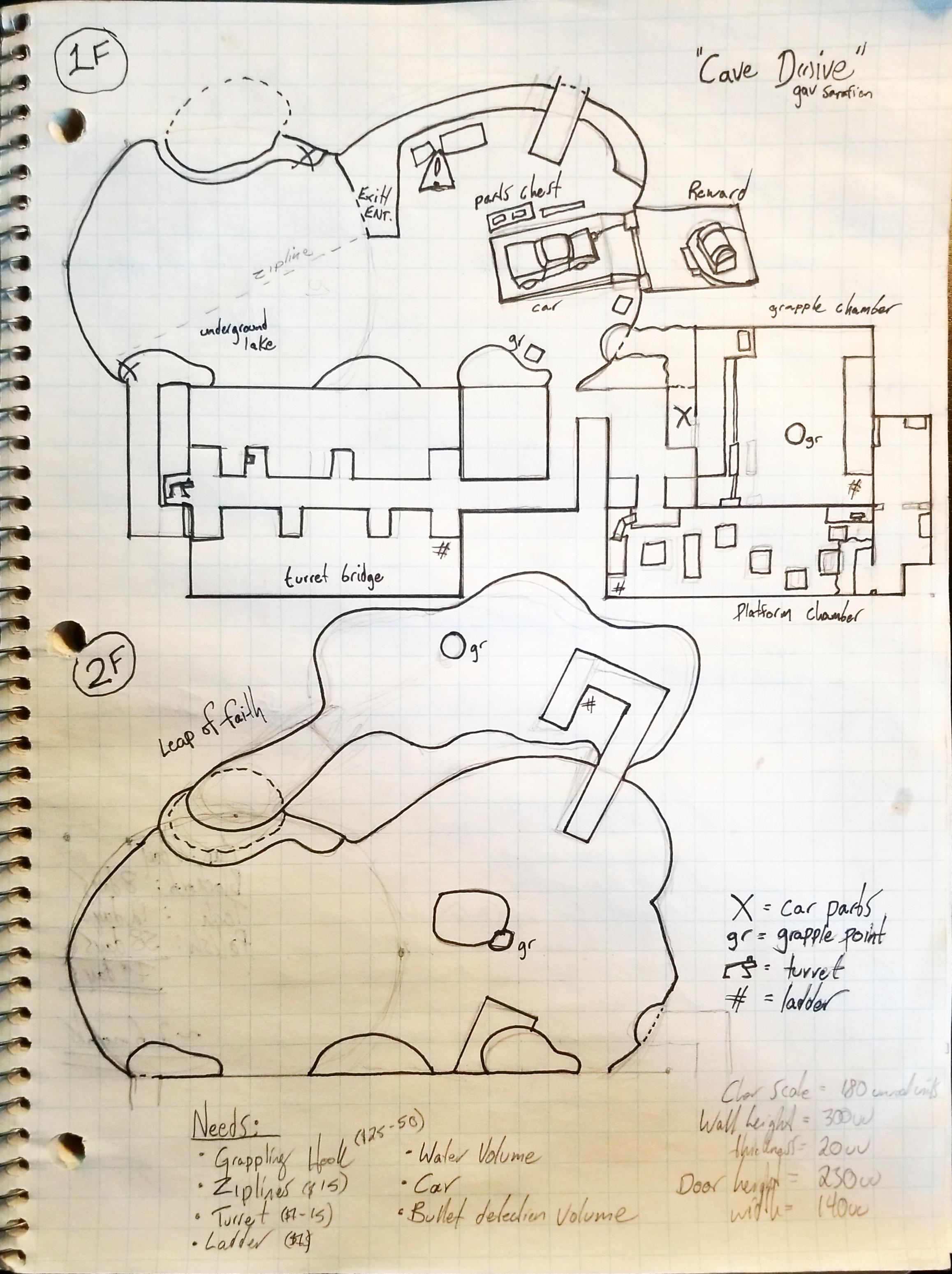 Going from having a raw design and lots of pre-made assets and features in the original level, to having a refined design and no features or assets was a challenge. Creating the blockout was fairly simple; I made sure to be consistent with metrics for walls, doors, etc, and tweaked the design where needed. After that, I spent time brushing up on Blueprint and many, many hours on YouTube finding tutorials for the various mechanics I needed. This included ladders, water dynamics/volumes, grapples, ziplines, a turret, and more. I customized the default Unreal FPS template to better suit my needs, and to accomodate the feel of the level.

Once I had a playable level, I worked on polish. This was the longest phase, and encompassed everything from Level Art to Audio Design. I could have made a bare-bones greybox, but I wanted something that would also look and feel appealing to everyone I showed the project to. Having a 'complete' feeling product is important to me, and even if it goes beyond the scope of Level Design, I believe it helps make me a stronger collaborator. 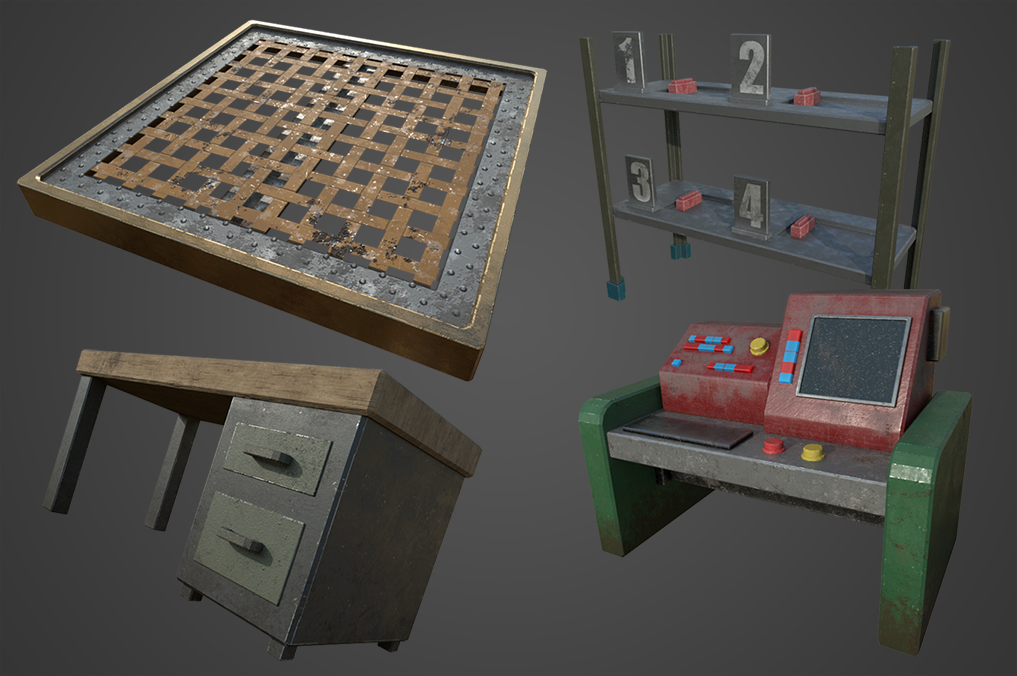 I leveraged available assets from the Unreal Marketplace. I wanted to contain my scope— and most importantly, did not want to spend time making rocks! In the end, I needed certain key assets (like the batteries, consoles, and platforms), and created them myself. I believe my experience in 3D art helped expedite creating passable art assets.

I also re-used assets I had previously made in other projects, including the shotgun, the reward UI for the shotgun, and the Interact prompt UI.