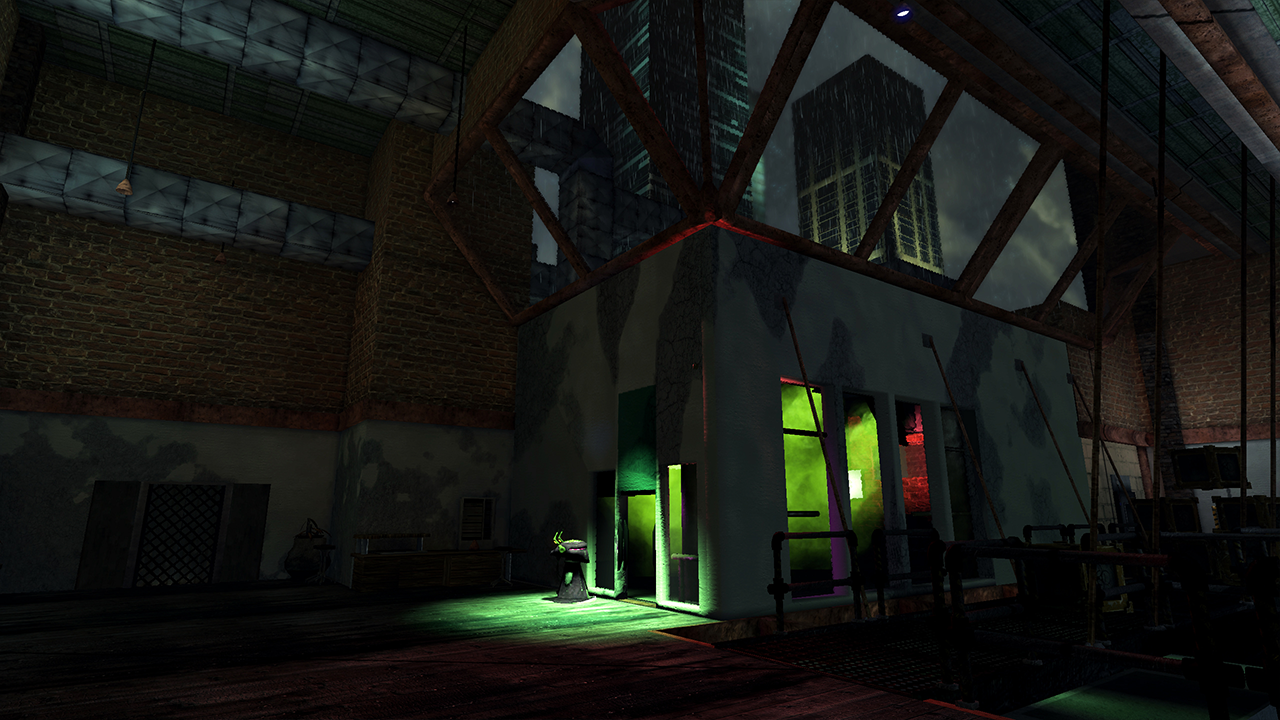 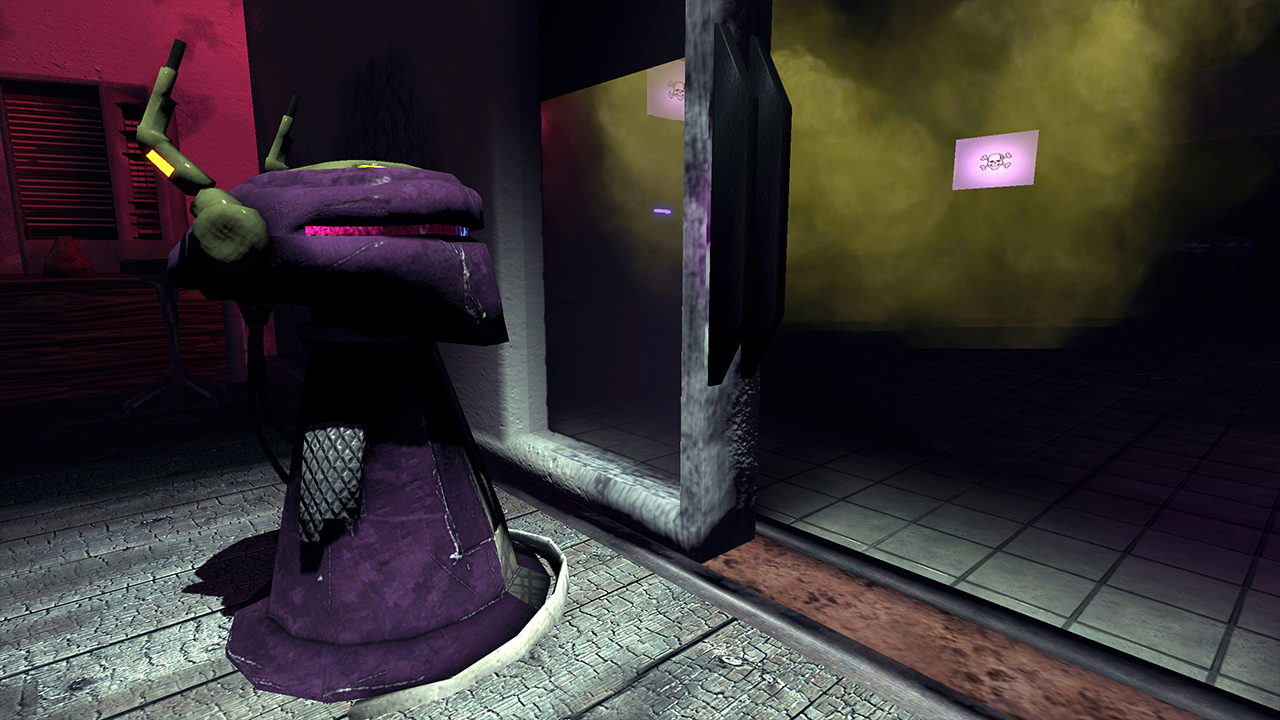 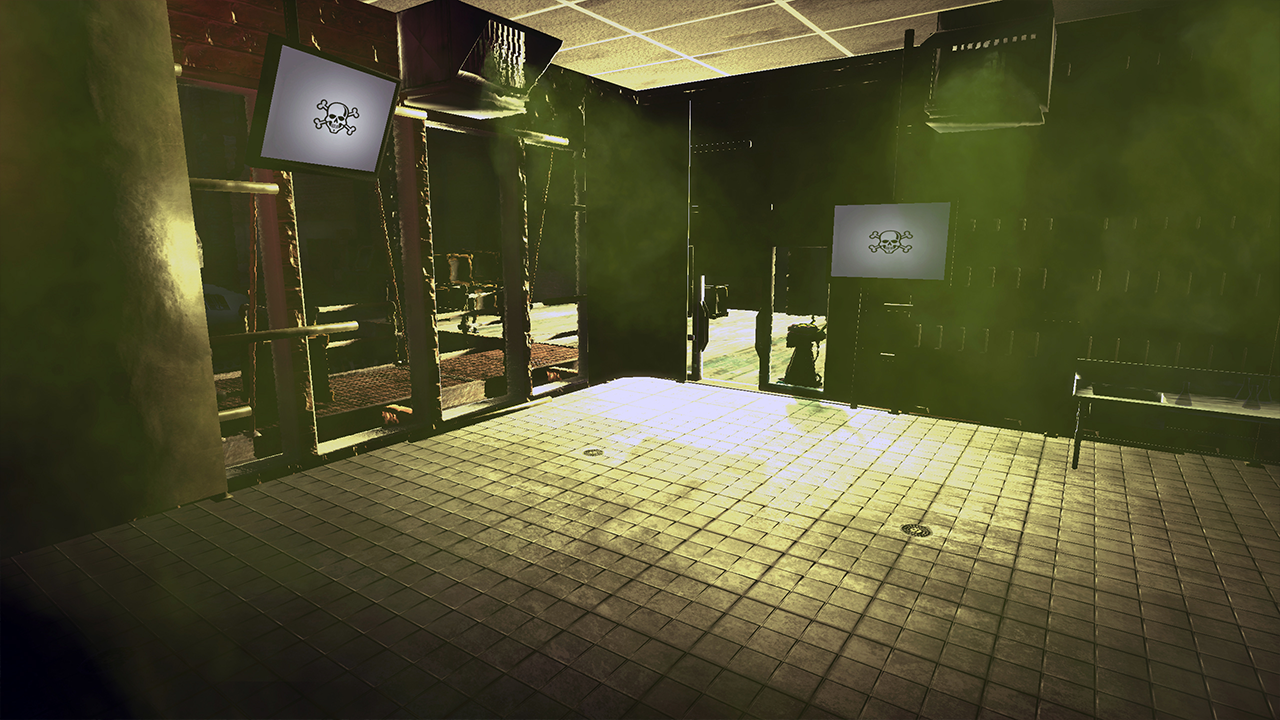 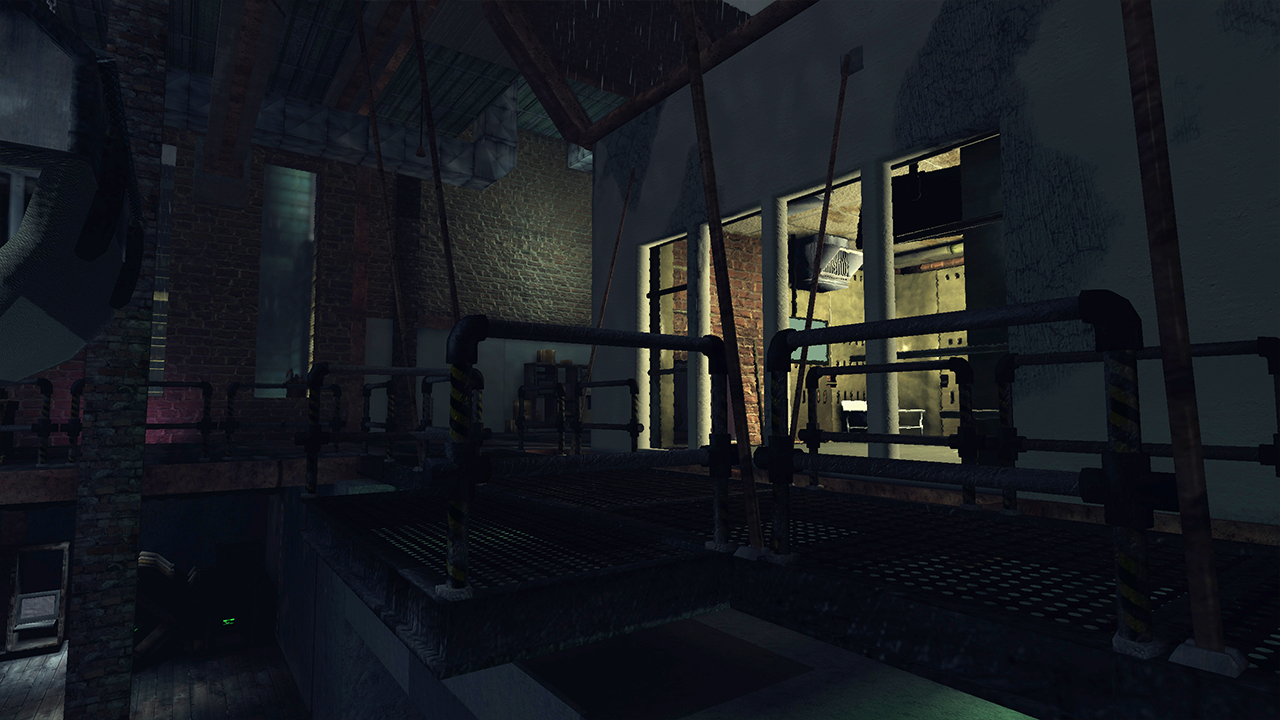 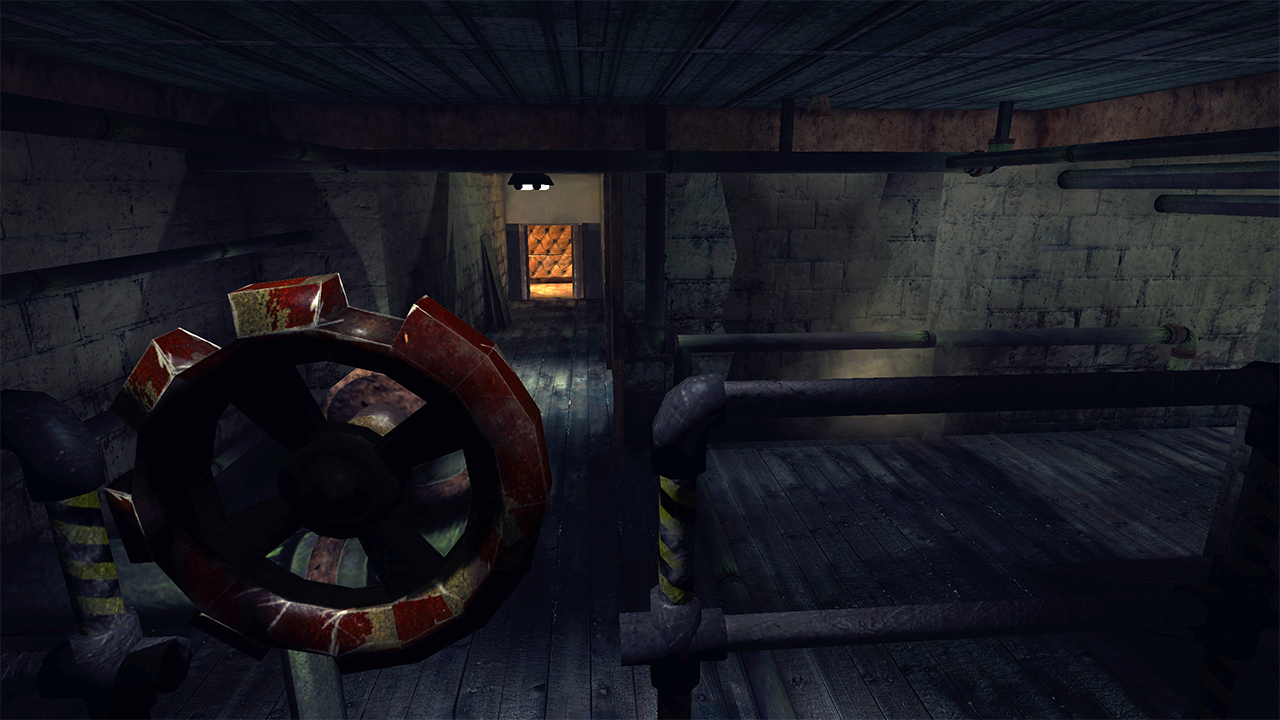 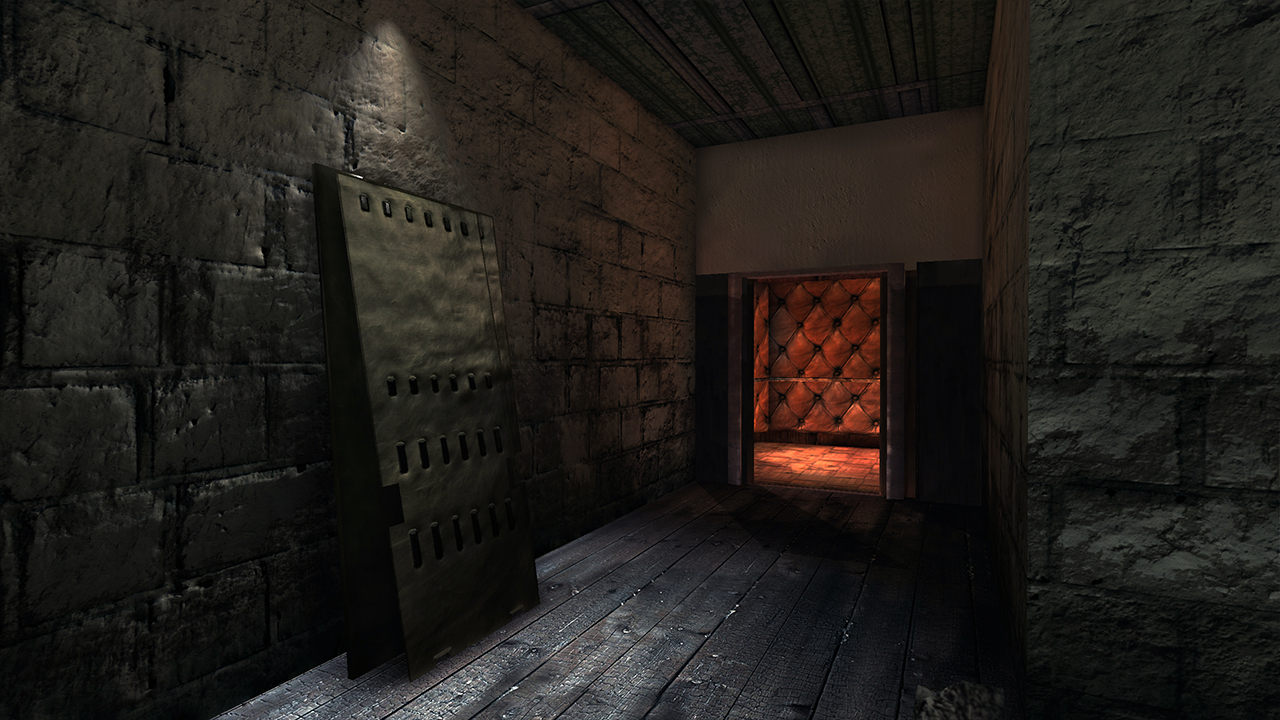 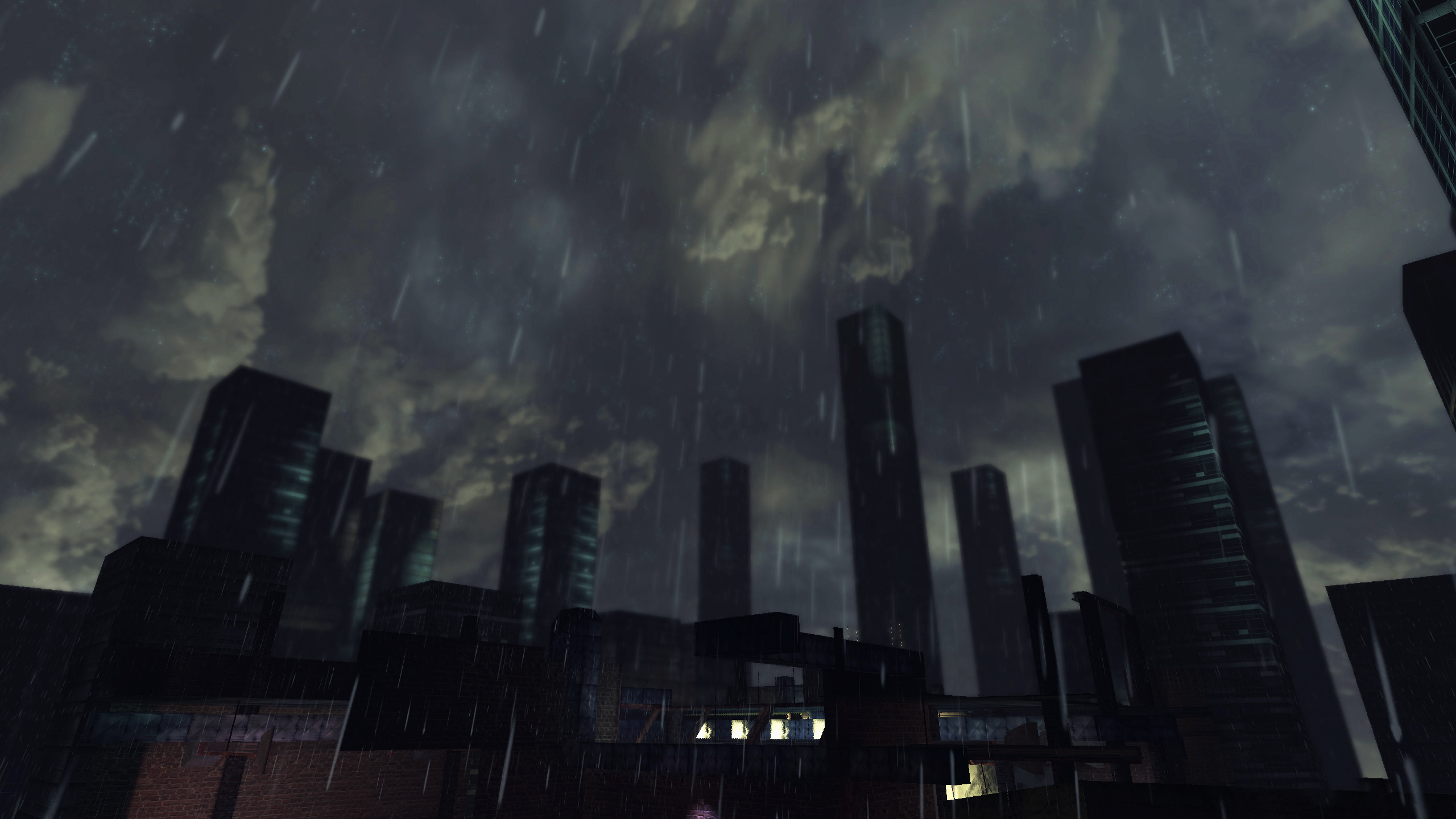 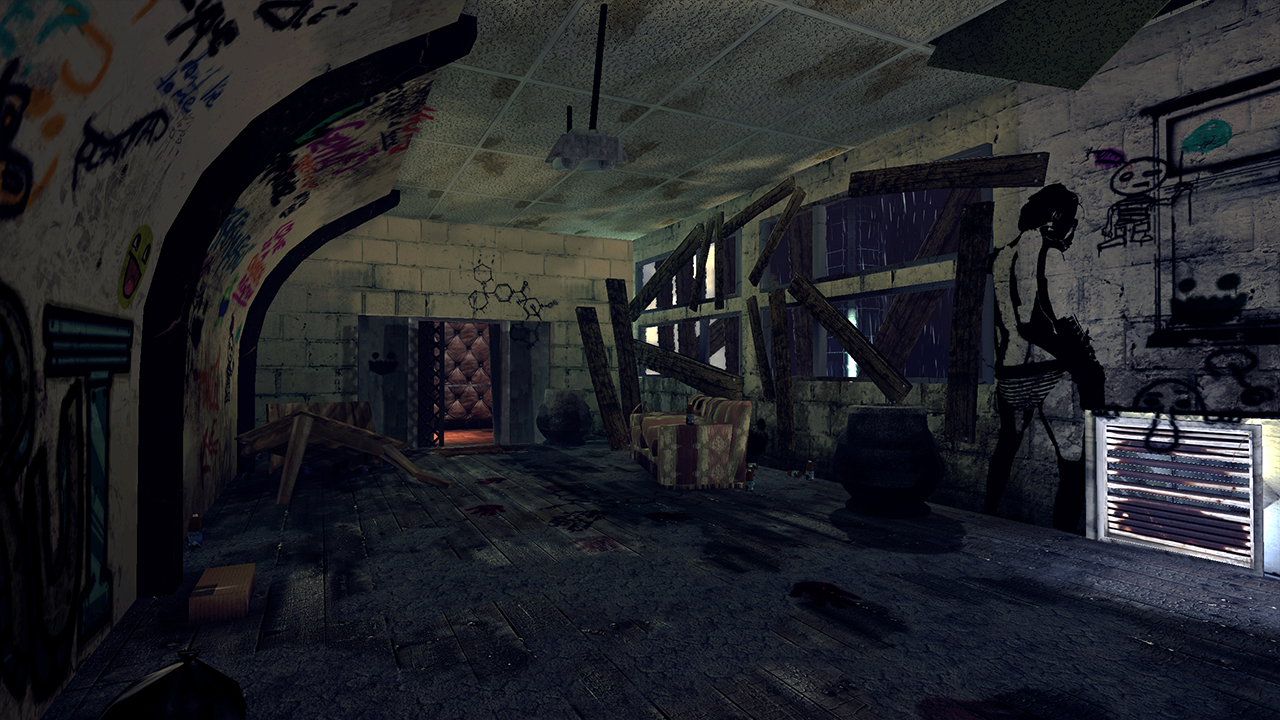 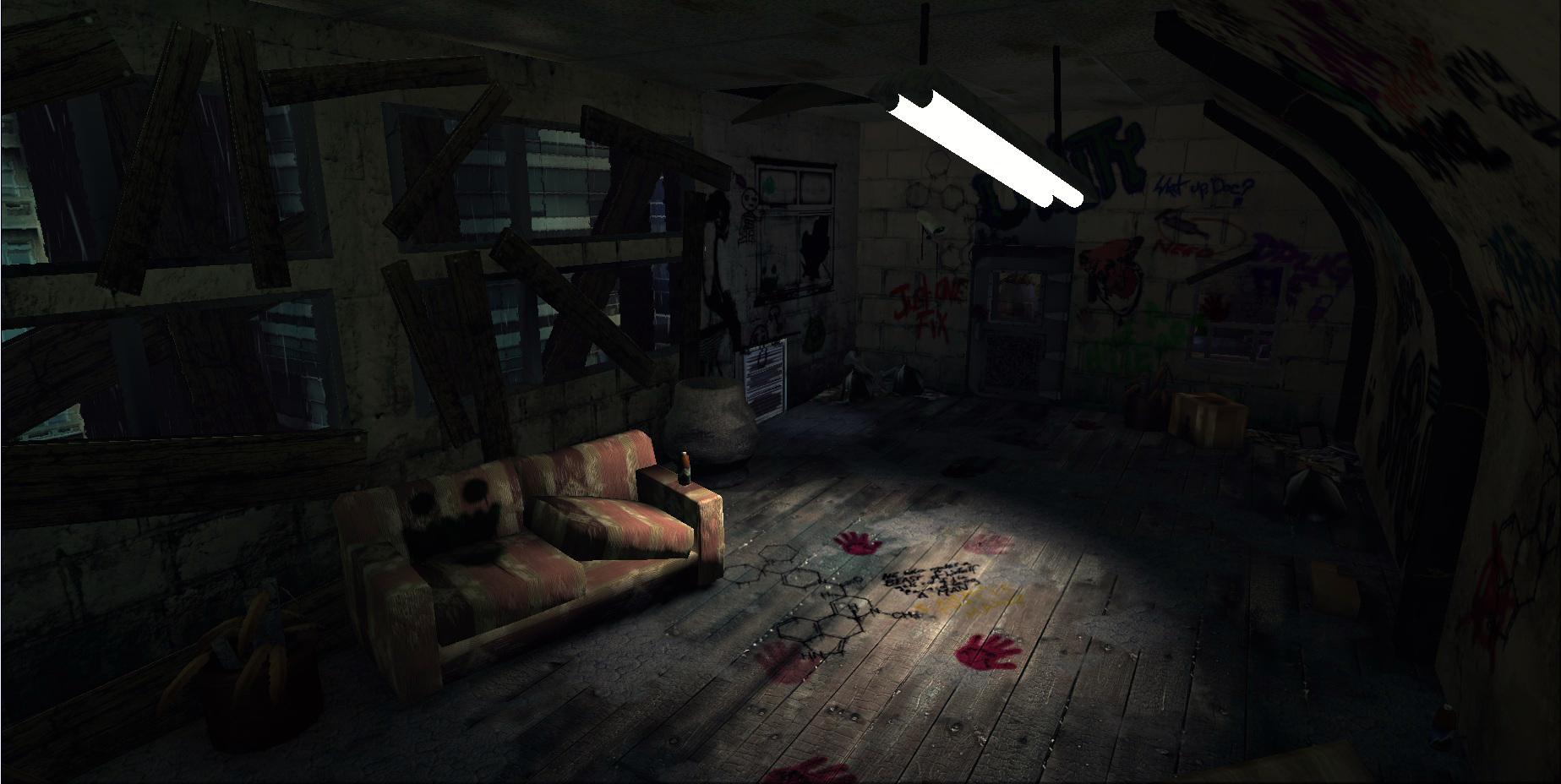 A full-featured level where you infiltrate an abandoned lab, in search of secret documents. Turning the power back on awakens more than just its experiments, however.

Psylum is a feature-rich standalone level. In it, you will search the environment for ways to access restricted areas, activate a dormant robot, crack a safe, and escape a deadly poison trap as well as a building which is beginning to become aware of your presence.

Creating Psylum was my first attempt at creating a full-scale level. I wanted to expand my skills with designing a space which the player is meant to explore, as well as scripting - which is extensive in this level. My scope was ambitious, including designing a custom objectives UI, interactive puzzle, an NPC, and scripting that supported picking up an object in the game world.

I wanted to push what I knew about designing a linear level, while keeping it interesting for the player. I had been learning how to import Flash elements into UDK, and wanted to integrate that into the experience.

Interaction was also a big focus for Psylum. I wanted the player to feel like this was more than just an environment to run through. I felt inspired by games like Deus Ex, and cyberpunk in general - especially grungy, low-tech machinery. The player encounters a robot blocking a door, and must give it a nearby battery in order for it to clear the way. The robot later helps them out of a lab that locks down and fills with poison after the player steals documents from a safe.

The safe itself opens a UI element where the player must enter the right combination to open it. During the final stretch of the level, the player also must turn a valve to overpressurize a pipe, which breaks open a wall and allows their escape. As you can imagine, this was a LOT of work!

Scoping myself appropriately was not something I had a lot of experience with at this point in my career. My ambitions got the best of me, and while I pushed myself to flesh the level and art out to a great extent, it was at a severe cost to my work/life balance.

The greatest lesson Psylum taught me was to scope myself realistically. I could have simplified and reduced the amount of art assets needed - or removed costly elements like the custom objectives UI. The safecracking puzzle could have been a simple interaction with an animated door; I could have removed the second half of the level where you overpressurize pipes to destroy a wall in order to escape. Implementing the scripting to allow the player to pick up the battery for the robot itself ate a lot of time. 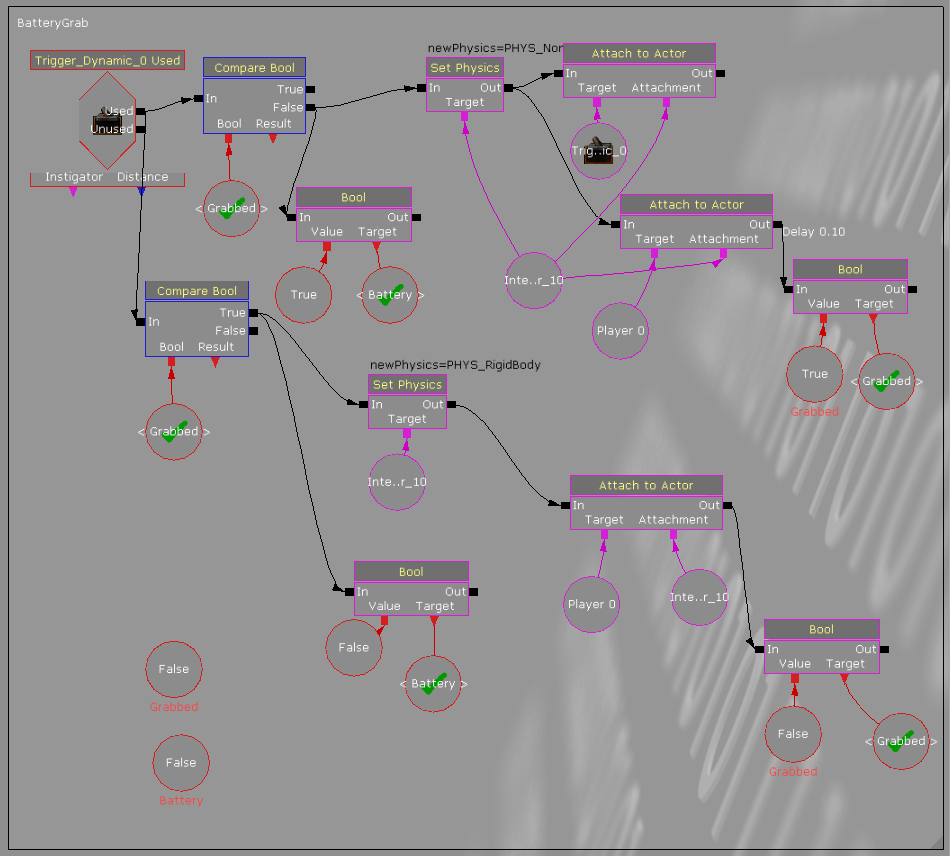 I like to think I'm a lot more informed about how to scope these days, and this project was a big lesson in exactly that.

At the time, I wasn't entirely sure about my career focus - I was definitely interested in Level Design, but I also enjoyed creating the art and establishing the mood in spaces as well. I created every asset in the level, including the robot the player interacts with. 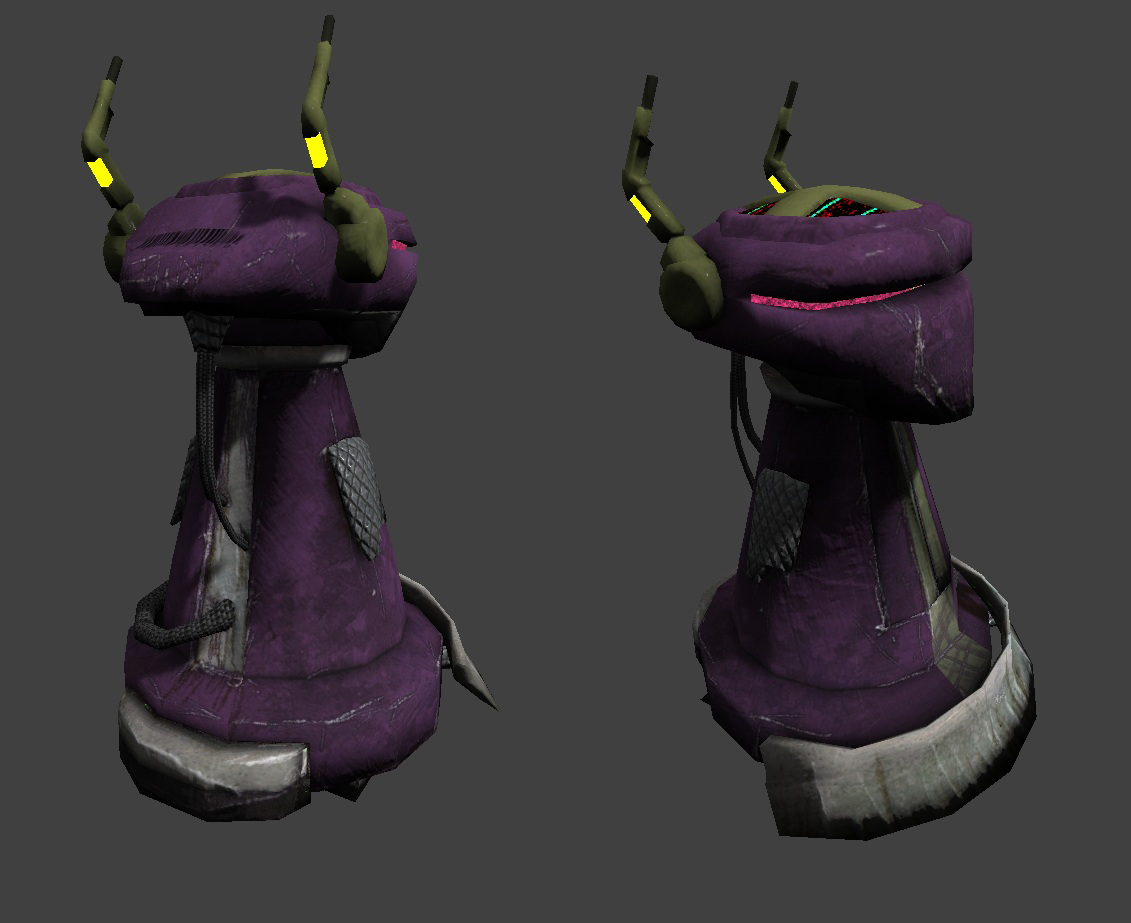 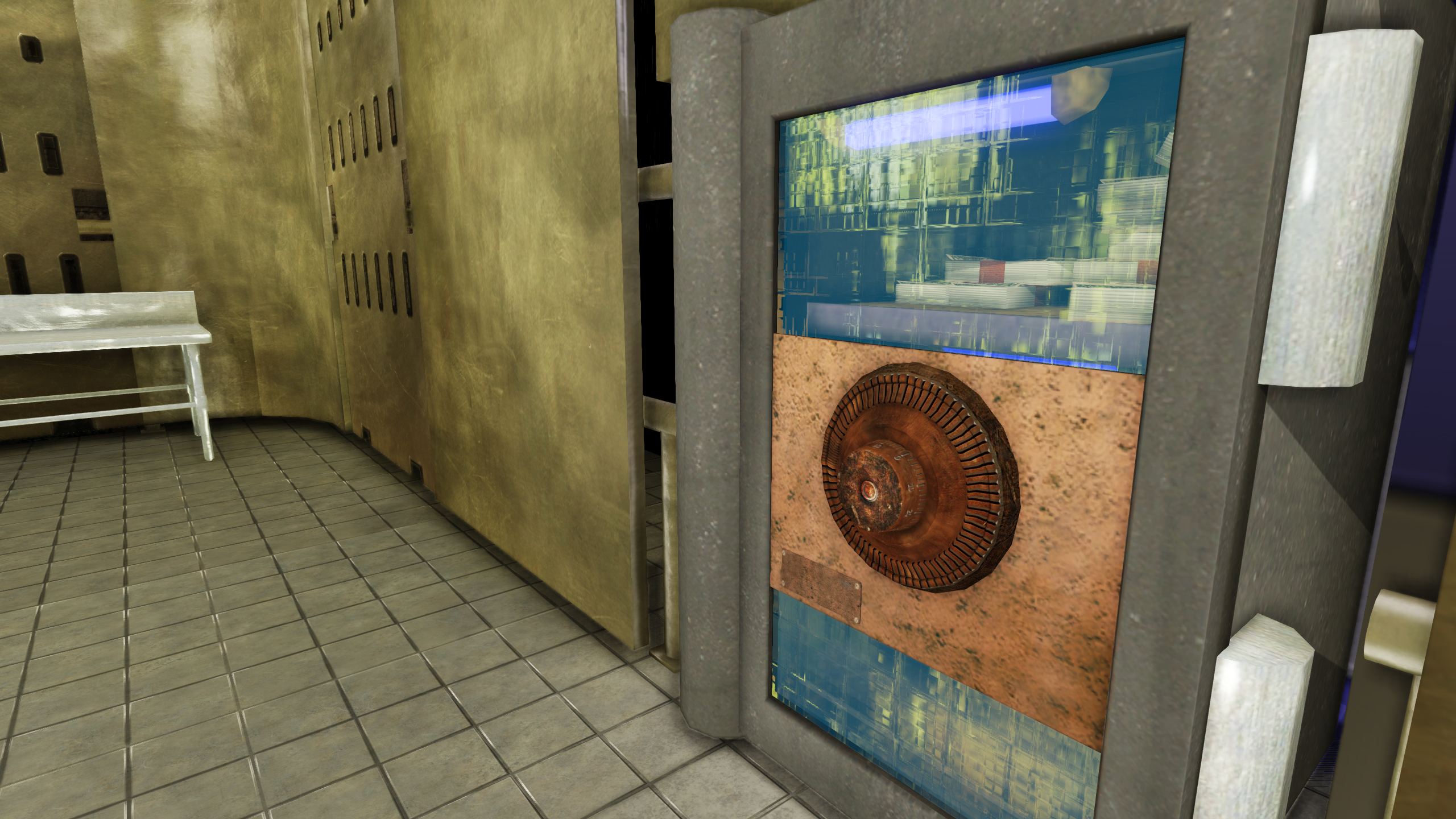 It's easy to get carried away in the details, and to overlook a work as a whole. While I feel that I achieved something impressive all by myself, the level would have benefitted from a smaller, and tighter, scope. In the end, I was pleased to have learned as much as I did about so much — and now have a much better idea of how to approach projects. 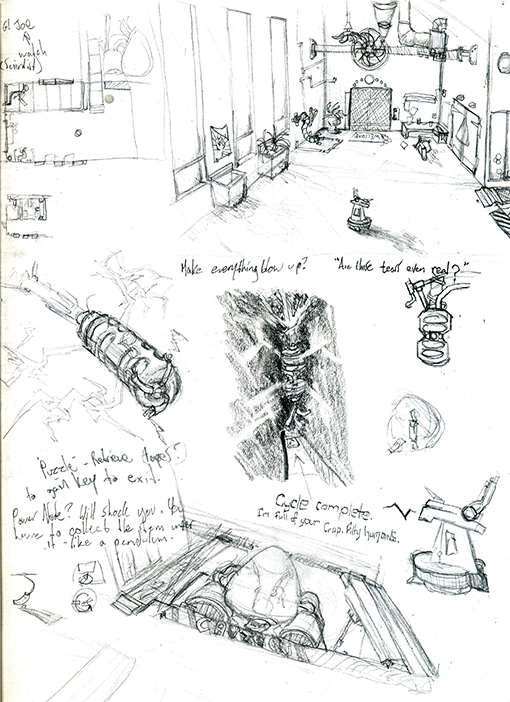 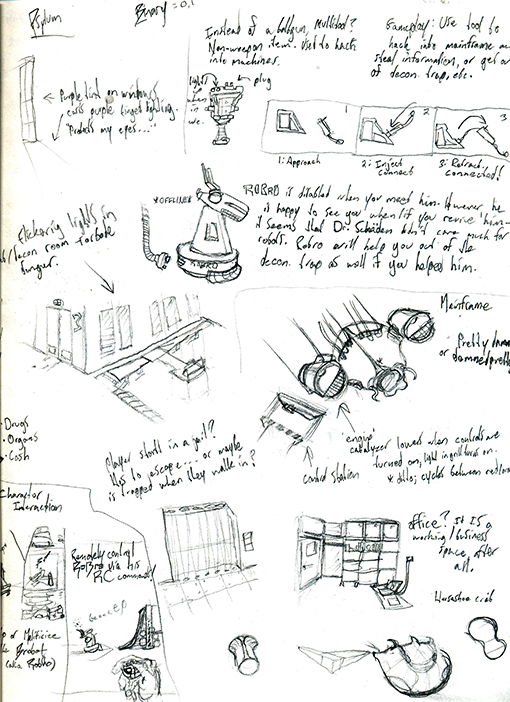 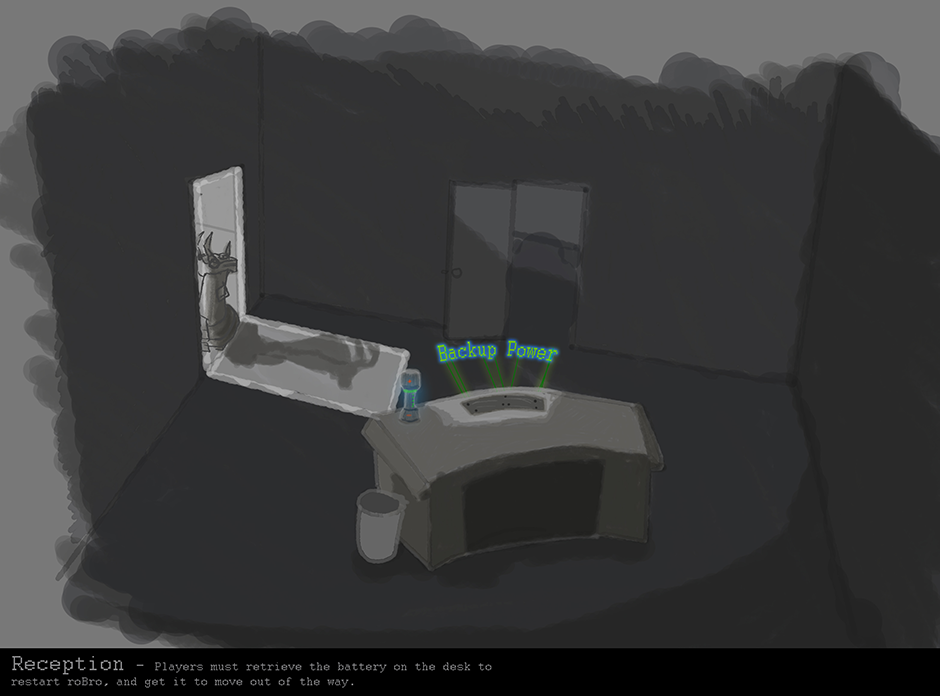 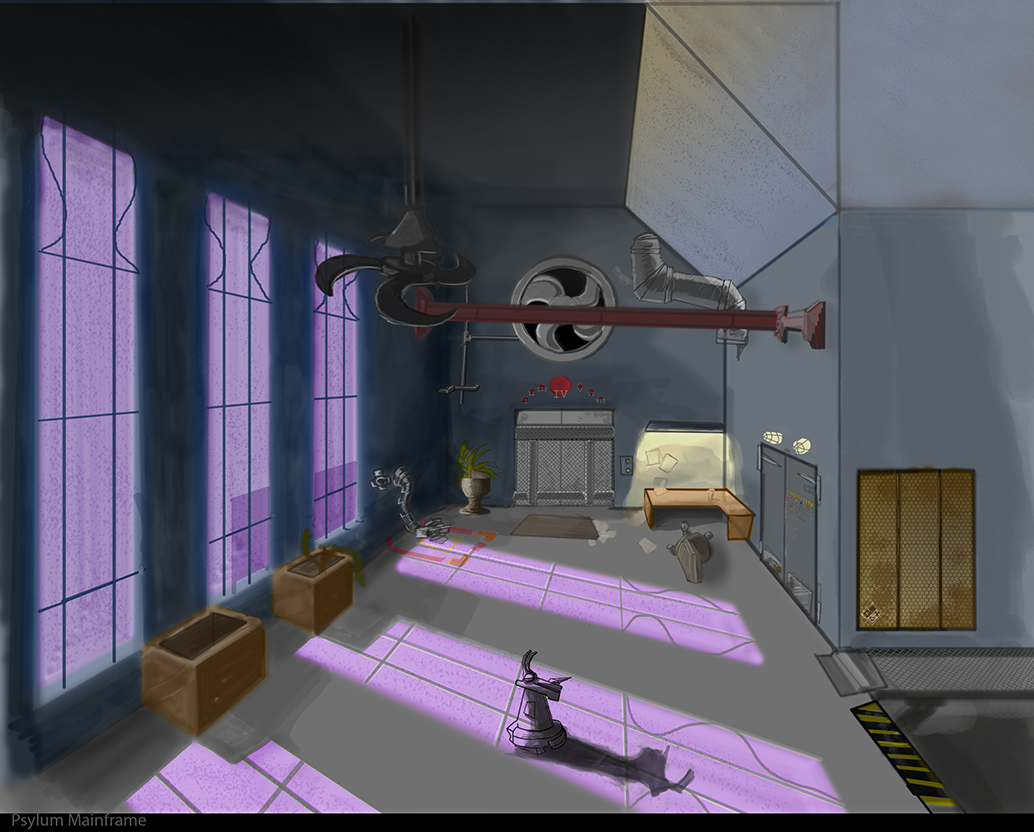 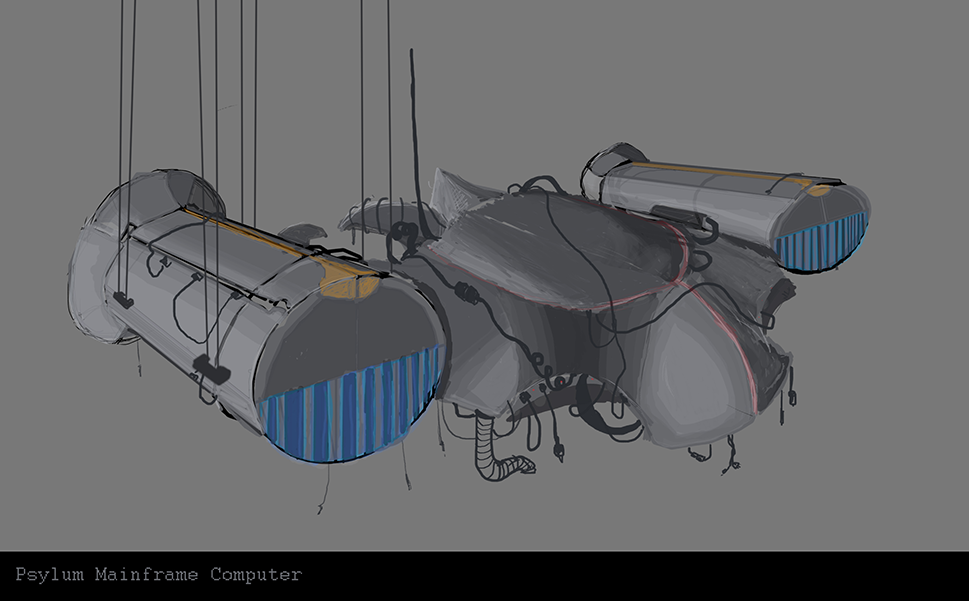 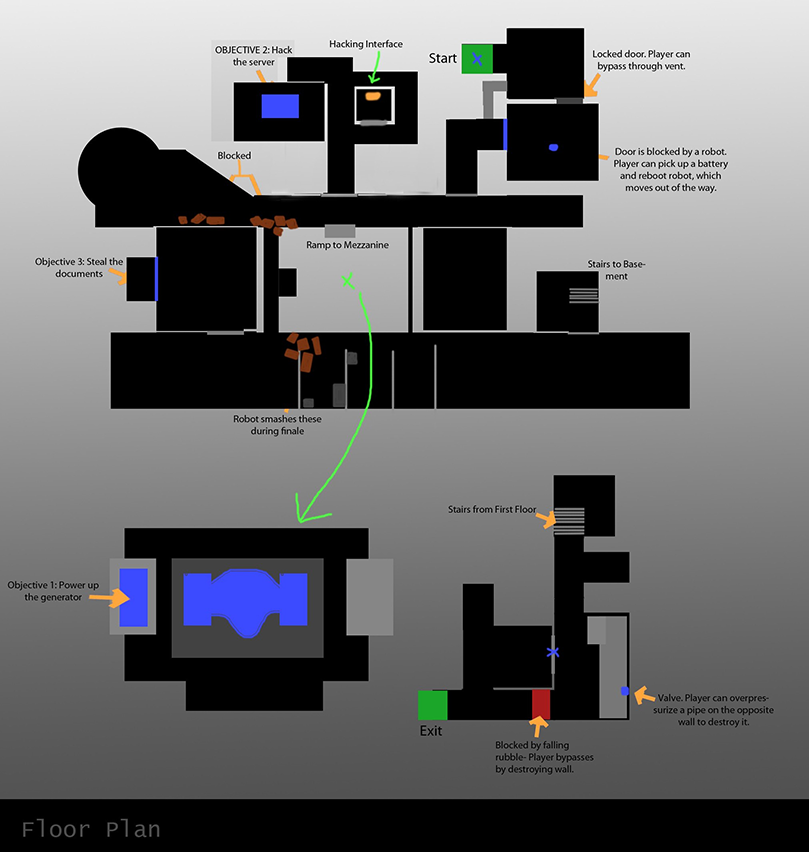